Scared & Alone visits Burn Brae Mansion in the wooded mountains of the Sullivan Catskills in New York. It’s been a Gilded Age mansion, an apartment building, and an Olympic Cycling Training Center. It’s the athletes that started noticing the peculiar phenomena. Now the beautiful old mansion, restored by former coach Mike Fraysse and his wife Patricia, is a B&B. So who is greeting the guests with the smells of phantom baked goods, late night check ins and classical music? Join the investigation with host Dean Haglund (The X-Files, The Lone Gunmen), Tammie Merheb-Chavez (Hollyweird), “The Gentleman Psychic” Richard-Lael Lillard, “The Paranormal Princess” Miss Haley Michelle, and Ghost Bait Courtney Buckley.

Burn Brae
Burn Brae Mansion is a gorgeous restored Queen Anne Victorian mansion located in Glen Spey, nestled in the Sullivan Catskills of New York. The mansion, built by the daughter of Singer Sewing Machine VP George Ross MacKenzie, became a lot of things: a tea room during Prohibition, apartments, and then an Olympic Cycling trainer Mike Fraysse bought it 1993 and turned it into an Olympic Training Center. Mike and his wife Patricia completely restored it and now it’s a Bed & Breakfast. Burn Brae's stables are now a motel.
Visit Burn Brae
Lumberland
Glen Spey was originally part of an area called Lumberland founded in 1789 as part of the "Sullivan Expedition". Before that, it was part of the Onondaga Nation. Singer Sewing Machine VP George Ross Mackenzie built a 3000 acre estate here in portion of land that was then known as South Lebanon.
Visit Burn Brae
Glen Spey
George Ross Mackenzie expanded his estate to include a church, an orphanage and a cemetery, where he and his family members are buried, along with extravagant buildings and gardens. By the 1880′s, Mr MacKenzie’s paradise in South Lebanon became known on the map as “Glen Spey” after MacKenzie’s homeland in Scotland. Glen, the Highland term for a "deep valley", and Spey for the Scottish River Spey.
Visit Burn Brae
New York Retreat
It also included a game preserve (now an upscale there is now a planned community). George imported elk from the Rockies in order to hunt them. The New York Times would report on hunting parties' trophies.
Visit Burn Brae
The Mackenzie Family Estates
Built in 1907 for his daughter, Margaret Ross Elkins, Burn Brae (meaning slope by the water) was one of 8 mansions built for the Mackenzie family. It is one of 3 that remain standing today, and the only one that is still a residence. The others have been lost to fire or fell into disrepair.
Visit Burn Brae
Margaret Ross Elkins
Margaret Ross Elkins loved her house and had a hand in designing it with famed New York architect Henry J. Hardenberg. The three story mansion is a combination of Queen Anne and Mansard Styles. It also has a full basement that extends the length of the house, and a full attic. All of the lumber for Burn Brae Mansion was shipped to Pond Eddy by the Erie Railroad, where horse and wagon hauled it to the site, and virtually everything was built by hand. Details of the mansion include elaborate stained glass windows, three sets of carved stairways and a widow’s watch.
Visit Burn Brae
Margaret & Charles
Margaret married Charles Elkins, an engineer and inventor who held several patents including the Elkin Hose Clamp for the mouthpieces on pipes and cigars. He also had a Spring Water Bottling works behind the mansion near the woods. He loved music and was an accomplished organist. Yes, the house is very close to a Spring.
Visit Burn Brae
Family Secrets
As a retreat for the Mackenzie and Elkins families, Burn Brae saw the high and low points of the family. It was the scene of many family celebrations, but family members (men, women, children) have died in the house. Some are still apparently very attached to it.
Visit Burn Brae
A Century of Ghost Stories
Burn Brae Mansion has had five owners since the Elkins, and over the years it has served as a boarding house and a tea room during Prohibition. The current owners, Mike and Pat Fraysse, have meticulously restored the mansion, bringing back many of the original elements, like original columns and windows. The mansion is now a B&B and includes a 12 room motel on the site of the converted stables. The two owners previous to the Fraysses, whose combined ownership spans from the 40s to the 90s, have reported unexplained occurrences, such as doors opening and slamming, children’s voices, balls bouncing, the distant sound of music, smells of baking. Apparitions include a woman in white, a man in turn of the century clothing, and a man in overalls.
Visit Burn Brae
Worried Nurse, Secret Room
One upstairs room where the children slept was later converted to 3 different rooms. Many people have heard a nurse walking up and down the hallway with a baby who was said to have died. In 2021, the current owners, while working on the attic and roof, found a secret room from the early 1900s filled with toys and a child's bed.
Visit Burn Brae
Toys in the Attic, Closet of Creepy Dolls
A presence in the attic seems to love to move toys according to the Fraysse family, who began their renovation in 1993 after purchasing the home for use as an Olympic Cycling training center. Fans of the property also love sending them "haunted" dolls... So much so, in fact, that there is a whole closet full of them on the second floor.
Visit Burn Brae
Woman in White
There has also been a woman in white seen on the stairway. Some have even seen her as a bride. Could it be one the Elkins daughters or a bride whose new husband was murdered nearby during construction of the mansion?
Visit Burn Brae
Elderly Ukrainian Couple
When Mike and Patricia Fraysse, the current owners, moved in, the building was occupied by renters left over from it's days as an apartment building. The Hapjis, an extremely elderly couple from little town of Smozhe in Lviv had fled Stalin in 1950. He loved music, she loved baking and they were both active in the local Ukrainian community. The Hapijs both died in the house. Guests say that they can still see them from the front yard playing chess by the big window, hear his classical music and smell her daily baking.
Visit Burn Brae
Previous
Next 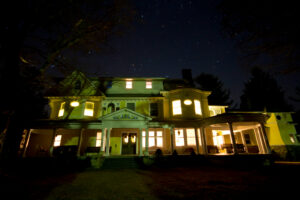 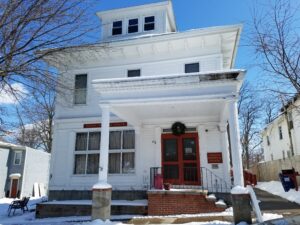 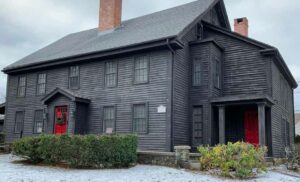 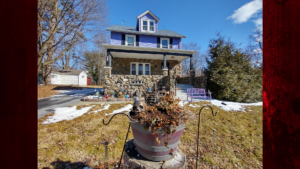 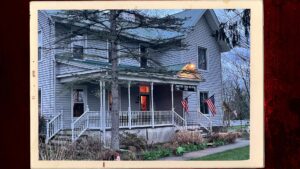 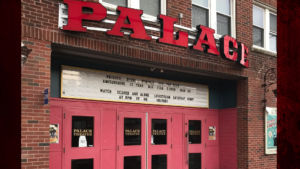 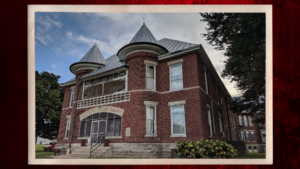 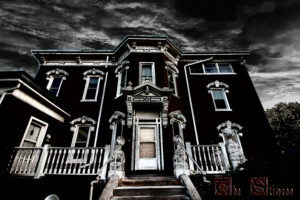 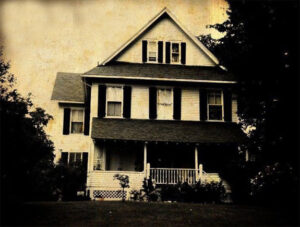 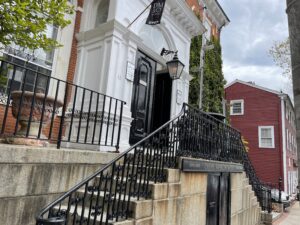 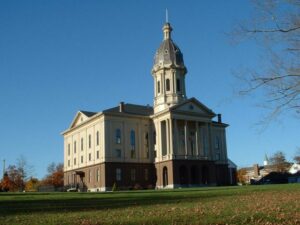 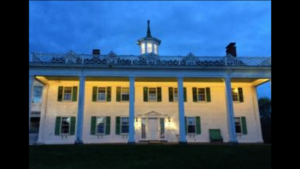 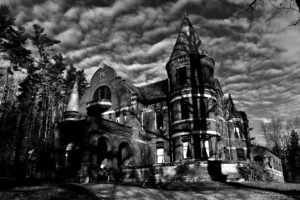 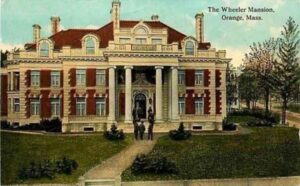 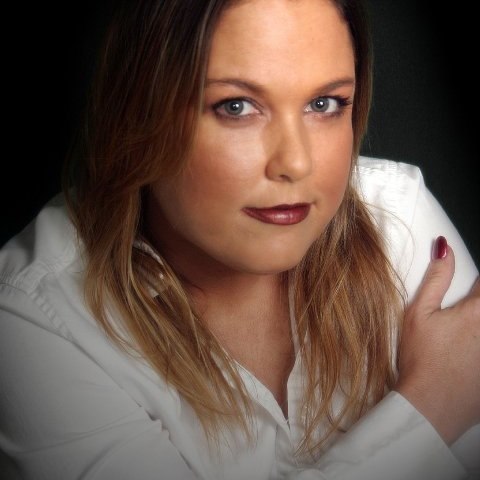 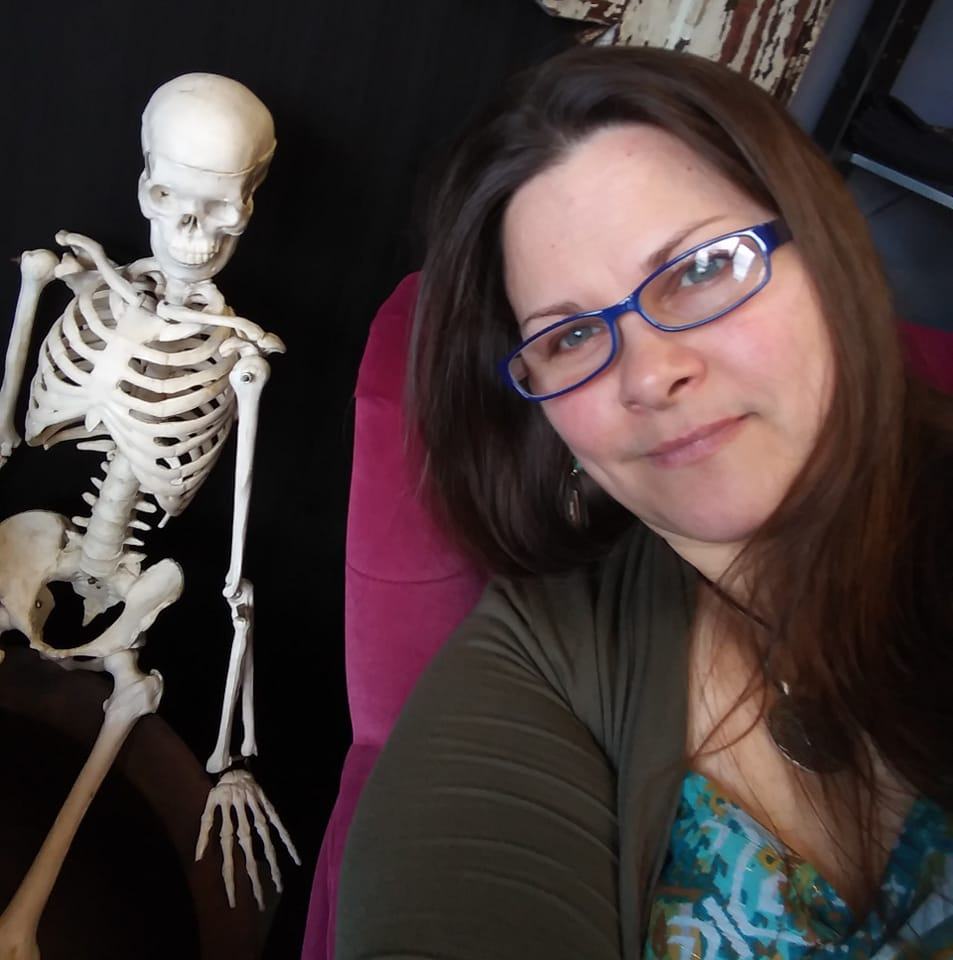 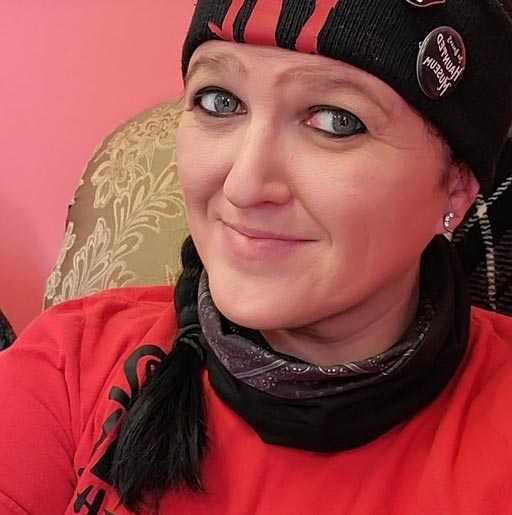